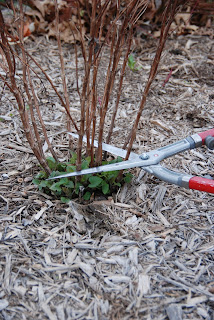 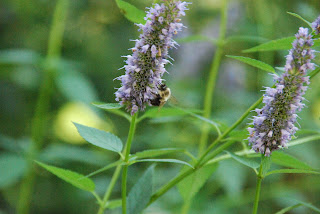 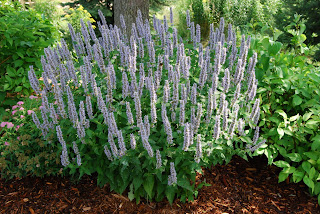 Agastache foeniculum. Anise Hyssop.
A plant native to the US and Canada. An upright perennial with blue/purple flowers. It is found in prairies and wood edges. Agastache is very attractive to bees and other beneficial insects. The leaves have a nice, anise scent that can be used as a beverage tea. Native Americans use this plant for other medicinal purposes.
The native variety gets quite tall and re-seeds. This is very beneficial for filling in a native plant garden. You can limit the size by cutting back 1/3 in early to mid-June in Minnesota. A nice cultivar is A. foeniculum 'Blue Fortune'. It is more clump forming and may be more suitable for the garden border. I cut this plant back 1/3 in early to mid June to keep it sturdy and more compact. Disease and insect resistant, and drought tolerant, this is a hardy plant in full sun and a well drained soil.
Leave this perennial up for winter interest and bird forage, and cut down in early spring to the new basal foliage.
Posted by Gabby Gardener at 9:17 AM No comments: 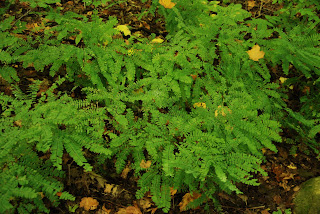 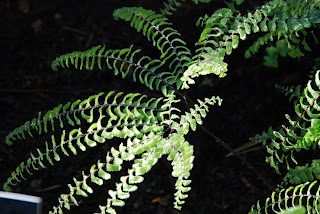 Adiantum pedatum. Maidenhair Fern.
This is a beautiful native fern of the upper midwest. The fine, lacy green foliage sits elegantly above the ground a foot or so, making it a great plant to pair with a lower groundcover such as wild ginger. This fern can be found in it's native habitats in rich, deciduous forests and woodlands. Historically, this fern was used medicinally by Native Americans.
A shade loving perennial, this fern prefers a moist, well drained soil. The preferred soil pH is 4.6 - 6.6, although I have seen it pop up in the cracks of limestone walls.
This is an excellent shade garden plant, planted en masse or singly. Add compost to the soil, and keep it humus rich by letting leaf debris collect.
Posted by Gabby Gardener at 8:59 AM No comments: 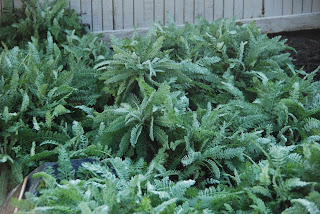 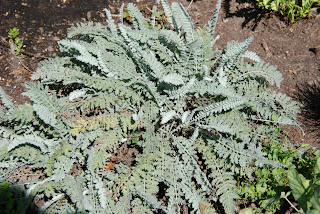 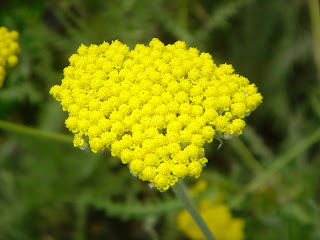 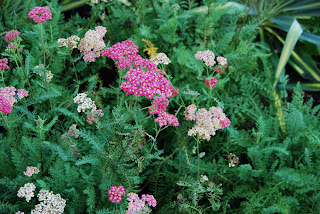 Achillea millifolium 'Paprika'
Achillea
Achillea is hardy to the upper midwest. The name represents the Greek God, Achilles. The story is that Achille saved the lives of his soldiers by applying yarrow to their wounds to stop bleeding. Easy to grow, Achillea is hardy, insect and disease resistant, and drought tolerant. A sunny spot and well drained soil is essential. The flowers are good for cutting and drying.
A. millefolium. Common Yarrow. Millefolium comes from the French word "mille" for 1,000 referring to the plants many leaf segments. This plant is distributed widely throughout the temperate northern hemisphere. Flower heads are often white, and cultivars range from yellows to pinks to reds. Common cultivars include 'Paprika', 'Cerise Queen', 'Terracotta'. A. millefolium spreads via seed and rhizomes. The white flowering common yarrow can be invasive in certain areas. Keep this variety out of the home garden.
A. filipendulina. Fern Leaf Yarrow. Common cultivars include 'Parker's Variety', and 'Coronation Gold'. A. Filipendulina is a clump forming perennial, and has much more attractive foliage than the A. millefolium. Good drainage and air flow is essential. This plant can be used for massing as long as the foliage is cut back after bloom.
Maintenance: Deadhead to next lateral bud to increase flowering time. A. millefolium needs to be deadheaded so it will not flop over. The foliage on A. millefolium can look quite untidy after bloom. Cut back to basal foliage after bloom. Keep towards the back of the border. I prefer the foliage of the A. filipendulina. It has a nice green/gray color. It will also appear untidy after bloom. Cut back at this time to basal foliage for an attractive plant until frost.
Posted by Gabby Gardener at 7:53 AM No comments: