Diggin Up Some Dirt in this Graveyard Town

Long ago I saw The Outing Lodge for the first time.  I was on skis and through the snow covered woods, there it stood, stately and silent.  I had a feeling.  Maybe it was because the movie "The Shining" had recently been released, or maybe because I knew bits and pieces of the history of the place, but I was sure there were secrets lurking behind the lone, isolated walls. 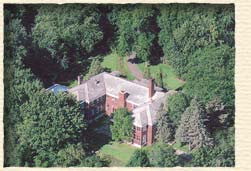 This is a place with history, not all of it happy, no doubt, but all of it interesting.  In 1858, the county purchased over 200 acres  5 miles north of Stillwater, MN to build a 'poor farm'.  Poor farms were popping up in the state during this time as a place to house not just the poor, but the sick, infirm, and those deemed mentally incompetent.  The idea of the poor farm was to bring land under cultivation and make it self- sustaining. The Washington County poor farm was first overseen by Howard Packard, who listed his occupation as "lumberman".  It must have taken a lumberman to carry out the 1859 county board authorization "to enlarge the Barn and build a suitable Lock up for the Safe Keeping of a Crazy man on the Poor Farm. "  It seems as though the residents of the poor farm in the early 1860's were called 'inmates' and there were only 3 of them.  By 1868, 28 persons lived there including 8 children.  Off one of the current day walking trails through the park, there is a well-hidden and overgrown cemetery that holds the remains of 75 persons. 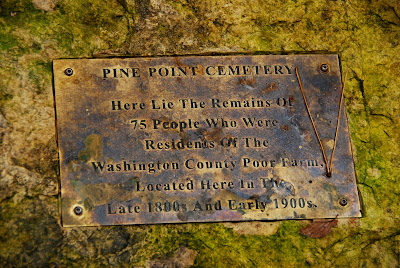 Rebuilt in1924, the building served as a rest home until the 1960's when it was bought by it's current owner.

Today the Lodge operates as an event center and inn. and is a most enchanting place with beautiful wood and stone and lots of nooks and crannies to explore.  There are some interesting buildings being built adjacent to the Lodge.

Just last week, I was at the lodge for a Halloween Party.  Greeted by various perky cheerleaders and gal pirates, it was not such a scary place.  However, there WERE ghostly apparitions in the form of the Captain of the Titanic and his companion, a gruesome beheaded robed judge (and so close to the elections!).  Not so grim was a Chiliean miner complete with exit shaft (or was he a hot water heater?). The atmosphere was further warmed by hosts Carmen and Carman Miranda. 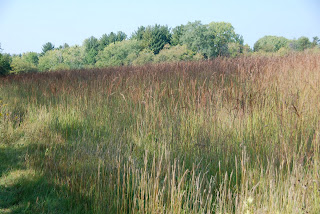 The surrounding Pine Point Regional Park,  is a  diverse landscape with woodlands, restored prairies, lakes and ponds.  A favorite place of mine to walk and ski.  I think I'll go up there today!

Posted by Gabby Gardener at 9:49 AM 3 comments: